Stand as one for equality 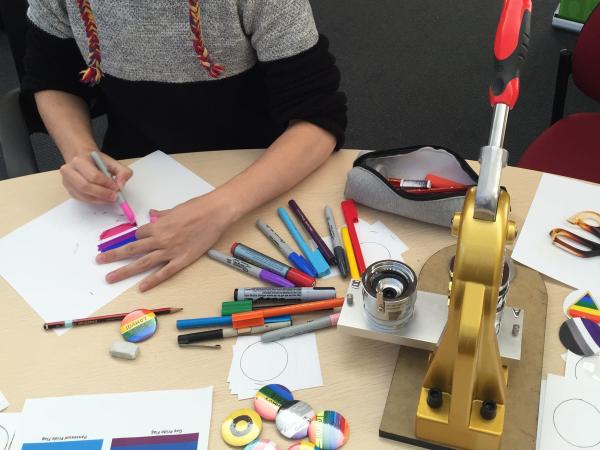 STUDENTS across the city are being asked to take a stance against051316phead discrimination by supporting International Day Against Homophobia, Transphobia and Biphobia (IDAHOT).

Each year headspace Bathurst celebrates IDAHOT on May 17, along with support from their Youth Reference Group and SPECTRUM Lesbian,  Gay, Bisexual, Transgender, Intersex and Queer (LGBTIQ) social group.

IDAHOT is a worldwide celebration of sexual and gender diversities, and this year IDAHOT will be celebrated with an event at TAFE Western’s Student Hub from 10.30am on Tuesday.

SPECTRUM will be hosting a morning tea to raise awareness and understanding of the LGBTIQ spectrum and the event is free for 16 to 25 year olds and their families.

“We’re encouraging the Bathurst community to take a visible stance against harassment and discrimination,” headspace community and youth engagement co-ordinator Karen Golland said. “As well as a spread of delicious food, we’ll have a stall with information on sexuality and mental health, gender identity and mental health and sex and sexual health.”

“At TAFE Western we pride ourselves on offering training, education and positive outcomes for people from all walks of life,” Ms Trevor-Jones said. “We are very pleased to throw our support behind IDAHOT and join in the stance against discrimination.”

On the day there will be a screening of the Australian documentary, Gayby Baby, which follows the lives of four children whose parents all happen to be gay. They each wrestle with personal change, while the outside world wrestles with the issue of marriage equality, and whether or not children of same-sex families are at risk.

Other activities include a badge making stall where people can create positive messages about mental health and wellbeing and wear them with pride.

This year, headspace Bathurst received a $500 grant from ACON to support NSW community groups participate in the IDAHOT.

If you are interested in attending call Karen Golland at headspace Bathurst on 6338 110, or drop into the centre at 130 Havannah Street.