Join Carers Australia on Wednesday August 31 for a cooking master class at Estate Tuscany in the Hunter Valley! The workshop is open to carers who support someone affected by mental health and who reside in Newcastle, Cessnock, Port Stephens or Maitland local council areas. 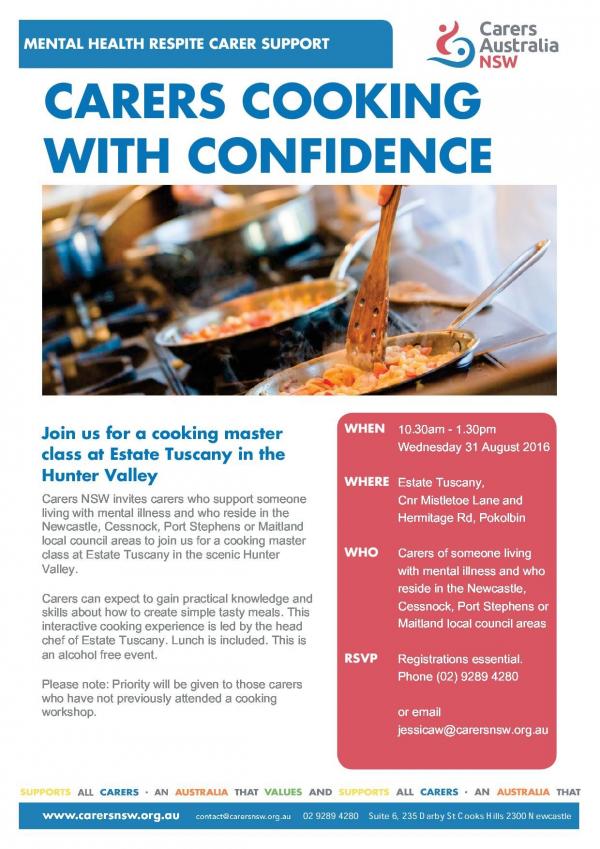 On this Saturday August 20 Maitland United is holding a fancy dress disco to raise money for it Under 15 and 17's Knockout teams - come along to Telarah Bowling club at 6pm for to kick out the jams!

For those wondering what a Min Min light is, it is an unusual light phenomenon that has often been reported in outback Australia. The name "Min Min" derives from the small settlement of Min Min, located between the outback towns of Boulia and Winton, where the light was observed by a stockman in 1918. Stories about the lights can be found in Aboriginal stories pre-dating European settlement and have since become part of wider Australian stories- Aboriginal Australians hold that the number of sightings has increased alongside the increasing ingression of Europeans into the outback. According to folklore, the lights sometimes follow or approached people and have disappeared, sometimes very rapidly, when fired upon, only to reappear later on. The first recorded sighting dates to 1838, in the book Six Months in South Australia (thanks to YDO Bron Dyason for the description of Min Min).