It's normal to experience a range of emotions and feelings in our lives. How we feel can be affected by the things going on around us, our friends or family, stressful events, or sometimes by nothing at all. Ups and downs, or changes in mood are normal and generally don’t cause too many problems.

Young people in particular can experience changes in mood as part of normal adolescence and this can make it difficult to know when your young person might need help.

What is bipolar disorder?

Bipolar disorder is a type of mood disorder in which people have prolonged episodes of low mood (major depression) and of abnormally ‘high’ or elevated mood (mania or hypomania).

These episodes disrupt a person’s life, interfering with their thoughts,emotions, behaviours, relationships, and day-to-day functioning. Most people who developbipolar disorder will have experienced some symptoms by the age of 25.

The experience of bipolar disorder is different for everyone. Some people have only one or two episodes and then never have another one, while others have several episodes close together. Some people have years without symptoms between episodes of becoming unwell. Often a depressive episode (or episodes) occurs before a manic episode is experienced.

A manic episode is a prolonged period of elevated (‘high’) or irritable mood and a noticeable and abnormal increase in energy levels and activity.

Manic episodes last at least one week and typically cause severe disruptions to a young person's day-to-day life.

When a young person is experiencing mania they may present with a combination of:

Whether these experiences are pleasant or frightening some young people experiencing mania may be reluctant to get help. They may not believe that they are unwell or that they need treatment. They may also be feeling very suspicious and/ or confused making it hard for them to trust others.

A hypomanic episode is a milder form of mania that lasts for at least four days.

The symptoms are less severe and there are no psychotic symptoms. Hypomanic episodes may feel enjoyable for the individual as they can experience more confidence and an elevated mood. Some individuals will manage to keep functioning without any significant difficulties but others will progress to experience a full manic episode. Even if a young person’s hypomanic symptoms are not distressing it is important to let a mental health professional know.

A depressive episode is a period of lowered mood, with changes in thinking and behaviour that lasts for at least two weeks. 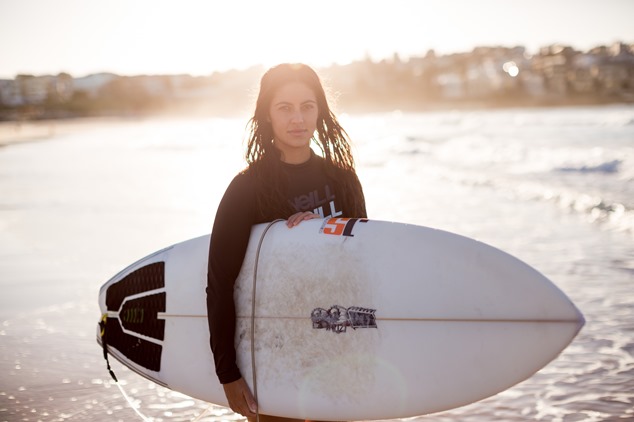 There are two main types of bipolar disorder: bipolar I ('bipolar one') and bipolar II ('bipolar two').

These categories are based on the symptoms reported by the young person as well as the observations of others including family, friends or health care-workers. An additional form of bipolar disorder is cyclothymia,which is a milder version of the disorder.

A person with bipolar I disorder will have had at least one episode of mania. Usually the mania is so severe that they will need admission to hospital to keep them safe. They will usually have had depression at some time as well.

A person with bipolar II disorder will have had at least one episode of hypomania (the less severe form of mania) as well as at least one depressive episode. Depressive episodes can be severe and the instability of mood individuals experience can cause a great amount of disruption to their lives.

A person with cyclothymia (or cyclothymic disorder)experiences changes in moodthat are less severe than thosein bipolar I or II. Even thoughthe symptoms may be lesssevere, it can have a significantimpact on a person’s functioningand can be challenging to manage.

It can be difficult to establish whether a young person has bipolar disorder, especially in the early stages of them becoming unwell, and a person’s diagnosis can change over time. A proper diagnosis from a health professional, a general practitioner (GP) or a psychiatrist is important for the young person to get the right treatment.

Watching your young person experience severe changes in mood and behaviour can be distressing and confusing, especially if their behaviour is out of character or is dangerous.

Bipolar disorder often develops at a time when young people are becoming independent from their families and taking on adult responsibilities e.g. moving out of home. When they become unwell they might have to move back home, stay at home for longer than they were planning, or need to be cared for by their family/carers. This can sometimes be humiliating, frustrating and demoralising for a young person.

Some strategies that might help you communicate with your young person without increasing everyone’s stress include:

Early treatment can reduce the effect of bipolar disorder on their life, reduce the risk of future episodes and improve the chance that treatment will be effective.

If your young person has had a positive experience with a family GP in the past then that’s a good place to start when looking for help. Local community health centres and headspace centres can also provide assistance.

Appropriate medication is a key part of treatment for bipolar disorder. Psychological therapies are also important to help the young person to work on challenging negative thoughts and feelings, encourage them to stick with treatment, manage anxiety and importantly, identify ways to improve overall health and wellbeing.

These strategies usually include:

If your young person doesn't want to get help but you are concerned about them, contact a health professional to get further advice and support. Speaking to your GP or contacting your local headspace centre is a good place to start. Seeking advice on how to help your young person to access treatment is important.

Just like physical fitness, mental fitness requires regular effort. This can be challenging to maintain. There are many things that family and friends can do to help a young person look after their mental health.

how headspace can help

When things get tough, it can help to access the right support and talk to someone who understands what young people go through