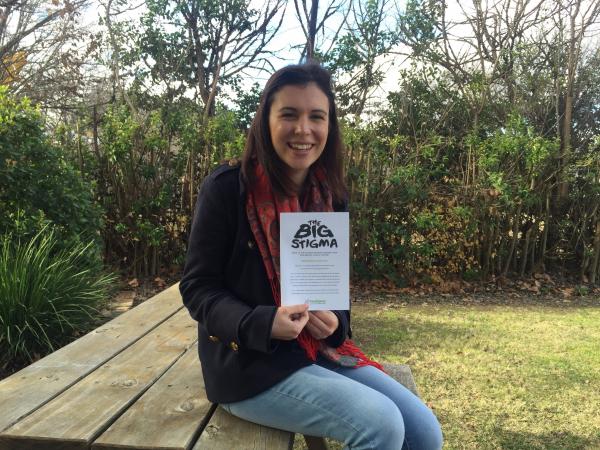 Each year, a quarter of all young people in this country will experience mental health issues, however, many of them will not seek the help that they need.

New research, funded by an NHMRC Partnership Grant to the Centre for Youth Mental Health at the University of Melbourne and Orygen, the National Centre of Excellence in Youth Mental Health, and in partnership with headspace revealed that 26 per cent of young people aged 12 – 25 would not tell anyone about a personal mental health issue. Professor Debra Rickwood, a chief investigator on the research from headspace, said it showed that 52 per cent of young people were embarrassed to discuss a mental health problem with anyone and nearly half were afraid of what others would think.

“The results also found that 22 per cent would be unlikely or very unlikely to discuss it with their family doctor,” she said.

“Stigma can make it harder to ask for help and get support for mental health issues out of fear of being judged,” Mr Tanti said.

For headspace Bathurst Youth Reference Group member, Emily Pierce, headspace was the first place she felt understood her mental health issue and what she was going through.

“The term ‘mental health’ can be scary for those who don’t understand it and the way popular culture presents mental illness is quite extreme. There are often negative stereotypes and perceptions portrayed about people who are experiencing mental health issues such as being unreliable or violent, when in reality, people with mental health issues are studying and working, just like everyone else.”

Pierce highlights that “Places like headspace Bathurst and the Youth Reference Group play an important role in challenging the stigma and stereotypes of mental health.”

“The other is education – providing information and knowledge about mental health issues and the benefits of seeking help and seeking help early,” Rohr said.

Pierce adds that “By educating parents on the signs of anxiety and depression, and encouraging them to talk with their kids about how they are, we will start to change the perception of the stigma surrounding mental health.”