bianca graham: ‘i want to see a suicide-free world’

“As an Indigenous woman, as a Yawuru woman, we use a term called ‘Liyan’ and what that means is about your inter-connectedness, how you feel, the way you perceive things and how you act when you talk about mental ill health.”
- Bianca Graham

We spoke to headspace Youth National Reference Group member, Bianca Graham. She shared what National Reconciliation Week means to her. 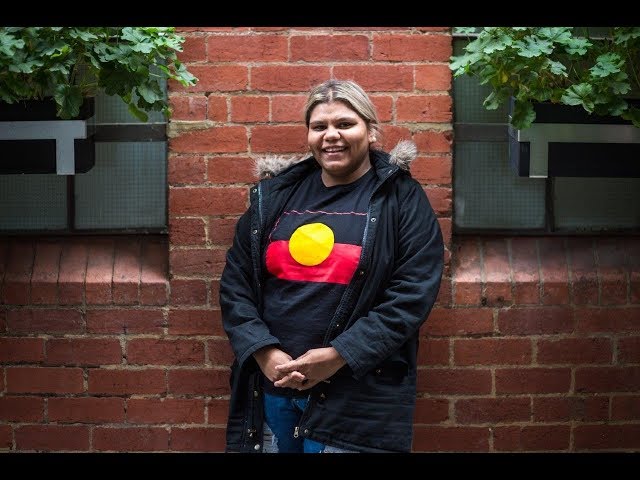 What does mental health mean to you?

I sort of see mental health more broadly as social emotional wellbeing and more specifically your emotional wellbeing. As an Indigenous woman, as a Yawuru woman, we use a term called ‘Liyan’ and what that means is about your inter-connectedness, how you feel, the way you perceive things and how you act when you talk about mental ill health.

That word in my language is like your sixth sense. It’s a word that sort of identifies who we are and it's our connection to country, culture and language but it's also what we identify with. So if we have ‘Mabu Liyan’ it means we have good spirit, we know who we are, we're grounded and in mental health.

What does being on the headspace Youth National Reference Group mean for you as an Indigenous young person? What do you hope to achieve?

A lot of time Indigenous people are misinterpreted or misrepresented, so I think it's important to have not only my voice, but other Indigenous young people be a part of community and national groups such as the headspace Youth National Reference Group.

Personally, I'm a really strong believer of making mental health services aware of cultural appropriateness. I also want to remove that stigma around Indigenous mental health and especially Indigenous men’s mental health. I want to do all this to show other young Indigenous people that, we deserve and we have every right to be at the seat of those tables on a national and a community level.

What do you hope to see moving forward in relation to youth mental health and Aboriginal and Torres Strait Islander people?

The stigma around mental health for our young Indigenous men is a priority. I've been affected personally and in my community by suicide and mental ill health, so I'd be kidding myself if I said I wouldn’t want to see a suicide free-world. In reality, this would be hard to overcome but, moving forward, I’d also like to see a world where mental ill health is accepted and not stigmatised.

People shouldn’t be ashamed to talk about their mental health or ashamed to seek help when they need it. I want young people across Australia to feel proud to walk through the doors of a headspace centre, not because they have to be there but because they know being there is the best thing for them to do in the long run.

“The gap is so big between Indigenous and non-Indigenous young people and we're starting to slowly close that gap with services like headspace.”
- Bianca Graham 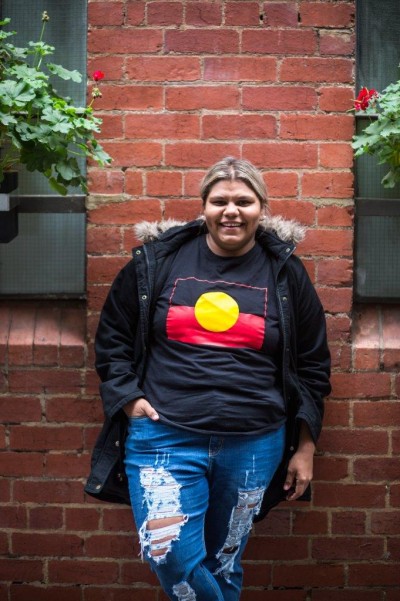 How important is being able to connect with your culture and community when things are tough?

I'm a really strong believer of a sense. When I say this, I mean as an Indigenous young person, your culture is your foundation. If you don't have a sense of identity and sense of belonging as an Indigenous person, you might not know who you are and if you're going through mental ill health, you need that grounding and you need that foundation and it's so important to have a sense of who you are as a person. It's like living in two worlds, you have to be able to be connected to a culture, but you also have to look after yourself in a white man or western world.

How important are services like headspace for young Indigenous people going through a tough time?

It's critical. The gap is so big between Indigenous and non-Indigenous young people and we're starting to slowly close that gap with services like headspace. Having exposure to headspace services, is really important for young people but even more than that is having services fitted to our needs as young Indigenous people, which headspace, I believe, has done appropriately in the past.

What does Reconciliation Week mean to you?

Being recognised as first nation’s people in our country and as traditional owners of our county. This week also gives everyone the opportunity to explore how we can all contribute to achieving reconciliation in Australia. It’s all about moving forward and creating a nation strengthened by respectful relationships between the Australian community and Aboriginal and Torres Strait Islander peoples.

'diversity in the work place is a beautiful thing' - nathan bramston

find out more about yarn safe

a toolkit for when you, or someone you know, feels like self harming